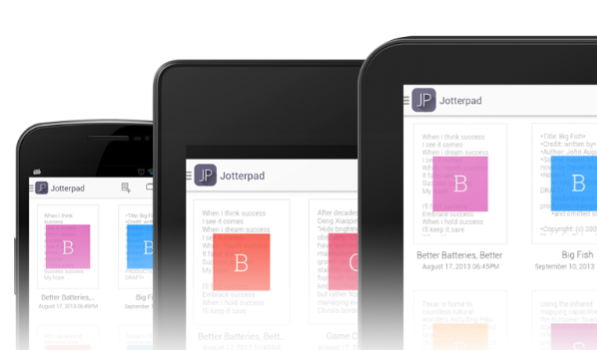 By Khamosh Pathak on 22nd October '13 in Android

I recently switched my writing workflow to Markdown. For those who don’t know, Markdown is a Markup language loved by many for its easy to read, easy to write syntax and its ability to play nice with HTML. Between iA Writer for Mac, Editorial on iPad and MarkdownPad 2 for those rare editing sessions on Windows, my Markdown writing workflow was fragmented but always in sync (thanks to Dropbox). The only thing that was missing was an Android app for my Phone that fit in just right. JotterPad X is here to claim that space.

JotterPad X has a legacy UI based on Google’s Design Guidelines and Cards UI. All options are accessible from the neatly tucked away sidebar. The icons are thin, blue and hollow, clearly inspired from iOS 7 which isn’t necessarily a bad thing. iOS 7 has its fair share of Android influence and a little give and take doesn’t hurt anyone. The editor is clean and minimal. The default font of Meriweather gives it a nice Typewriter look. You can, of course, choose different fonts ranging from Roboto to Source Sans Pro or pick from varied presets like ‘Magazine’, ‘novel’, ‘Essay’ stylized accordingly. You can also customize alignment, margins and line height which Tablet users will appreciate.

Thanks to Dropbox syncing, you don’t have to worry about losing your documents ever again. You can also browse through different auto save versions in case you want to refer to previous version. The upgrade also has an in-built research tool with Dictionary and Thesaurus feature that will help you write better.

JotterPad X is a free app with a $4.99 “Get Creative” IAP. If you are serious about writing on your Android device, we recommend you buy it. It opens up JotterPad X from being just a writing app to a feature rich editor. Not only do you get Markdown support which is essential if you want to publish quickly on the Web, but also other small yet important features. Night mode will come in handy when you want to jot down that idea in the middle of the night. Screen lock will prevent you from making unnecessary edits while going through your writing, and ‘Save Copy To’ option will save a copy of the current document directly to your device’s memory. However, JotterPad X’s Markdown feature is currently in Beta and it supports basic Markdown Language like Bold, Italics, Heading and Link. We hope more features will be added in future updates. You can see the complete feature list on their website.

JotterPad X is fast and light weight, which makes it a strong contender for a plain text note taking app for times when you just want to jot down your thoughts quickly without worrying about different notebooks or tags.

These days, the best computer is the one you have with you. The performance of smartphones and tablets is increasing at a breakneck speed and we are getting to a point where they are just as fast at doing basic tasks as a PC. Of course, the mobile OS is more limited than it’s desktop counterpart. Yet, more and more users are starting to work from their Tablets. iPad already has a plethora of writing and productivity apps. It’s nice to see Android gain some traction as well. JotterPad X is available Free on Google play with a $4.99 “Get Creative” IAP.

Thanks for the tip, Leif. 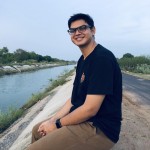