The team at Reuters has been crafting beautiful apps for quite some time now. As one of the leading news & media houses in the world, Reuters has offered apps across all major platforms and their Reuters TV app has been my personal favorite since its debut last year. It offers a great way to catch up with what’s been in the news lately by telling it exactly how many minutes you have to spare. The app is beautifully crafted and rightfully made it to two of our year end lists — The Highlight 2015 — Apple TV Apps and The Highlight 2015 — Best Animations. The Reuters TV app has continued to improve over the last few months across all the platforms it has been available on and today, the team is releasing Reuters TV 2.0 — a major update that introduces two new sections for consuming the news videos.

The primary and only way of consuming the news in the Reuters TV app has been ‘Reuters Now’ — an on demand, algorithmically assembled but editorially curated video news feed that delivered up-to-date news depending on how many minutes you had to spare (between 5 to 30 minutes). Version 2.0 introduces the following two new sections.

This section will feature real-time coverage of events as they unfold around the globe, such as News conferences, speeches by country Presidents, protests, etc. The videos in this section will either be live, or recorded but available on-demand.

This section contains “thematic, editorially-curated programs” across various topics. Think of this as short documentary type news reports on topics such as self-driving cards, Europe’s Migrant Crisis, etc. This section is meant to give you a more in-depth look at some of the current affairs and get a better understanding of what those mean. Each topic in this section displays how many stories there are and the approximate runtime.

These new features are available now on iPhone, iPad, Apple TV and the web. An update to the Android app is coming soon. Here’s how the new sections look on the beautiful Apple TV app. 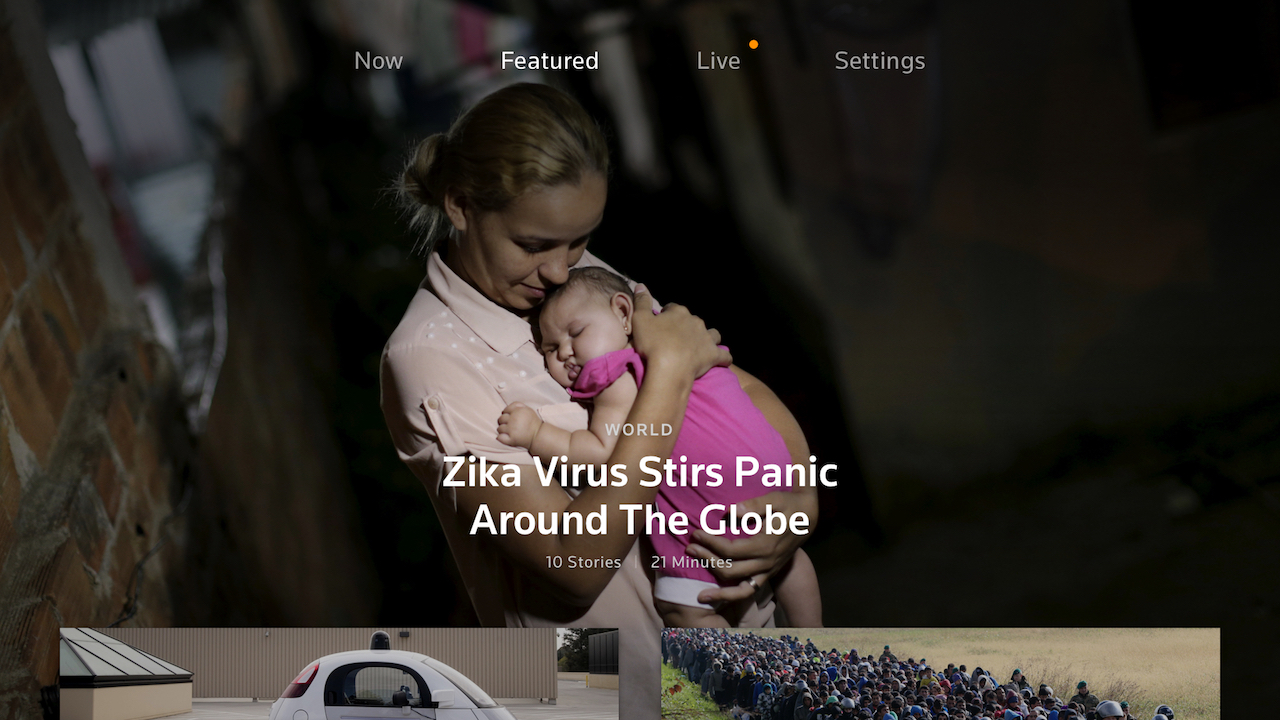 You can download Reuters TV 2.0 using the following links:

Reuters TV is available for Free (with a few Ads), and they can be disabled with an optional $1.99/month subscription.