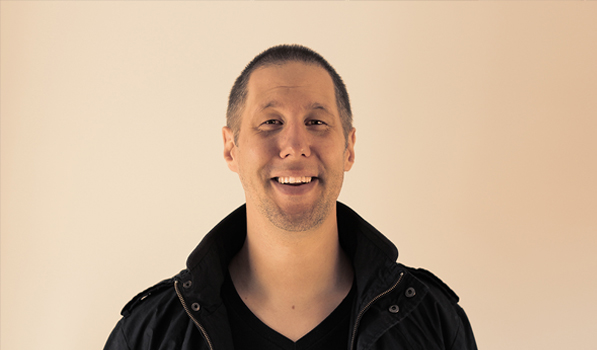 By Beautiful Pixels on 10th March '14 in Dialogue

We’re back with another one of our Dialogues. Today, we’re speaking to Marc Edwards from Bjango, who was kind enough to do this interview with me in the midst of building a new house, moving and working on Skala. I’ve respected him from the first blog post I read, and following him on App.net this past year has only made that respect increase.

Can you tell us a little bit about yourself?

My name is Marc Edwards. I’m the founder of Bjango, a small Mac and iOS software developer. We’re probably best known for iStat Menus, Skala Preview and the design articles on our website. I also co-host the Iterate podcast with Rene Ritchie and Seth Clifford. I occasionally speak at conferences, but I’m not particularly good at it, yet. I also occasionally write design articles for Smashing Magazine.

What media of digital design do you prefer?

They’re all fun, but I find app icon design to be the most challenging, frustrating and often the most rewarding. Trying to find a single object that explains an app’s purpose, is recognisable, is pretty, is fairly unique, works across many languages and fits the tone required isn’t easy. I think I’d go insane if I only designed icons though — it’s usually a week or more of failed experiments, then a final design in a matter of hours. It feels random and uncontrollable.
Web and app design tend to have a more linear progress.

Speaking of experimenting, tell us about your design workflow.

It depends how complex the problem is, but typically anything goes in the early stages — pen and paper, Illustrator, Procreate on iPad, or whatever is the fastest way to dump ideas from my brain into a form that can be used to show others or iterate from. My rough mockups usually look absolutely terrible.

Once everything’s been mostly fleshed out, I’ll fire up Photoshop and start to piece it all together, using the non-Retina scale (320×568px for a portrait iPhone app). This is so the app’s UI is entirely based on full iOS points — even pixel sizes for everything at Retina scale. It’s not essential, but can save you lots of headaches later. It keeps your Photoshop documents fast, and helps avoid being distracted by single pixel details. I realise this isn’t how most people work. It honestly does save tons of time though. I have Photoshop actions set up to jump between 1× and 2× anyway, so seeing how things look in full fidelity is only a click away.

Now’s also a great time to work out your grid system. I usually draw grids as shape layers in Photoshop, which means I can have multiple sets, use solid areas for columns, and display guides as 2px wide, which is a far less ambiguous way to draw them.

At this point, we try to lock down the UI and make any required changes. Once you commit to code, changes become slower and more expensive to make. Most animation is mocked up in Hype or as a crude GIF from Photoshop — whatever conveys the movement to the developer (timing can be tweaked in Xcode later).

For iOS and Android apps, everything is checked on device using Skala Preview at every stage to ensure tap sizes and colours look good where they’ll be seen.

And from here, I’ll scale the document up to full size, make lots of tweaks, then set up a slice sheet for exporting — flat sheets, with each asset set up as a separate slice. This lets me clearly see and edit export boundaries, as well as set filenames using slice names. It also means all exporting is automated. It should save you time overall, even if a fair bit of setup is required initially. However, its real strength comes from being repeatable and predictable. Since working this way, it has been common for us to re-export complete sets of image assets 30 or more times while building an app.

If you’d like some more in-depth info, I’ve written an article about my app design workflow.

We have some huge plans for our own design tool, Skala, which is loosely based on this workflow, but expands on it greatly.

You mentioned Illustrator, Procreate and Hype as part of your workflow. What other software do you use (and why) and what’s your hardware setup like?

I use everything and anything that will help get the job done. I really don’t mind using many tools in conjunction, although Photoshop is the main app I use for final artwork.

Some of the iOS software I use for design-related things: Brushes, Byword, Elements, Ember, Procreate, Skala View, Soulver.

I have a Mac Pro with a 24 inch Thunderbolt display and a 13 inch MacBook Pro. The MacBook Pro helps with Retina testing and when on the road, but I far prefer working at a desk.

What do you do when you’re faced with an art block?

Do something. Anything. And do that thing knowing that it doesn’t have to be good. It just has to exist. It’s not an end, it’s a beginning. It’s just a way to stop you from staring at a blank page.

Then do an alternative design.

Quickly. Don’t think about it too much.

Then another. Don’t despair if they’re bad. You’re simply riffing. You’re emptying your head onto the page, so you can try to construct something good from the bad.

Use whatever technique or medium lets you create concepts quickly. It doesn’t matter if that’s pen and paper or software. I find that being able to throw lots of alternatives near each other is good, so that usually means paper, an iPad app like Procreate, or Adobe Illustrator. A big canvas is good.

When you think you have a good design, pretend it’s a competing product — pretend that you can not use that design and that you have to come up with something different.

Then do that again.

After the frenzy, you can sit back and let yourself critique the work. Tear it apart. Beg, borrow and steal from all your alternatives until you have created a hybrid, winning layout.

If you weren’t doing what you are right now professionally, what would you be doing?

I’m not sure. I’m a very slow writer. Making music didn’t pay the bills (but was a lot of fun). I don’t have any degrees to fall back on. I didn’t even finish high school.

I guess I’m stuck with design.

What is the most important trait designers need to have?

You mentioned making music. Do you still do it in your free time?

I’d love to again in the future, but I haven’t written anything recently. I did build a x0xb0x kit with a friend and bought a littleBits Synth Kit a few months ago. Both sound great and are a lot of fun.

What kind of music do you listen to?

All kinds of different things, but normally skewed towards electronica and house while working. I also listen to lots of podcasts.

What is your most desired product right now? Something that is on the top of your wish list.

There’s many products I’d love to exist. I’m a big fan of compiled, optimised, static websites. Hammer does a great job, but I’d like even more features, including the ability to generate RSS feeds. Maybe I should get into Ruby, as it seems like that’s where a lot of the good solutions exist already (Middleman, Jekyll).

I’d also like better tools for creating responsive web pages. Macaw looks like it could be that product, but I haven’t used it yet (I did back it though, so I should be getting a copy soon).

And — sorry for the shameless self promotion — I want a far better icon, app, and web design tool. I don’t think there’s anything on the market that comes close to the quality, performance or abilities I crave, so we’re working on our own.

It’s been a huge project for our tiny team, but we’ve been able to hit all the quality and performance goals we’re after so far. It’s quite different, so I’m not sure how it will be received. We’re still looking great for a release this year, even though it has taken longer than we anticipated to build.

Can you tell us a little more about Skala? (you can choose to not answer but everyone is dying to know more)

I can definitely tell you a little about how the project began.

Some time ago, I realised that designing software was getting more complex on many dimensions, and our tools weren’t keeping up. I’d hit a wall — I’d automated and scripted my workflow as much as possible, but it still wasn’t right. It was a cobbled together collection of disparate parts. Fragile, slow and lacking in abilities. The tools I was using were good — they just weren’t suited to screen design with the workflow and precision I wanted.

Initially, we shied away from building Skala. I felt like we understood the problem as well as anyone, and that we had something to offer, but that it was too big and too risky. So instead of building Skala, we built Skala Preview. Skala Preview gave us some of the parts we would want in a bigger design tool, and also helped gauge interest. We actually had a few more ideas for smaller tools, which we may still build at some point.

After a lot more frustration and the realisation that no one else was going to build the tool I wanted, we started work on Skala.

Because we’re a small team, we’ve been incredibly cautious when planning the underlying concepts and architecture of Skala. We have zero legacy, so absolutely everything was questioned and pushed as far as possible. I expect that will mean there’s quite a few surprises — lots of Skala will be strange and unfamiliar, but everything is well considered with meticulous future planning. This is a rare opportunity and we’re treating it with the respect it deserves.

One example is the way Skala paints layers. Materials in Skala may take a little getting used to, but they’re insanely powerful. Mind-bendingly, face-meltingly powerful. I’m freaking out just thinking about the wild ways people are likely to use them.

Skala is a pro app, through and through. We’re making it as easy to use as possible, but we’re not holding back on high end features.

I think the reaction to some of our wilder ideas will be the most enjoyable part of the project — we’re doing our best to give designers and developers super powers, but we’re not sure if the way we’re providing them will click. I guess we’ll find out soon enough.

What’s your daily source of inspiration?

My daughter. I know it’s a cliché and something many parents say, but she’s amazing. There’s nothing better than seeing someone experience the world for the first time. To her, everything is magic. That’s so awesome and very infectious.

What sets you apart from everyone else in the industry?

I’m not sure. Maybe nothing.

The Dialogue is our new series where we talk to our favorite designers, developers & artists and get to know what they’re like, their likes & dislikes, their work desk and the apps they use and other interesting tidbits.