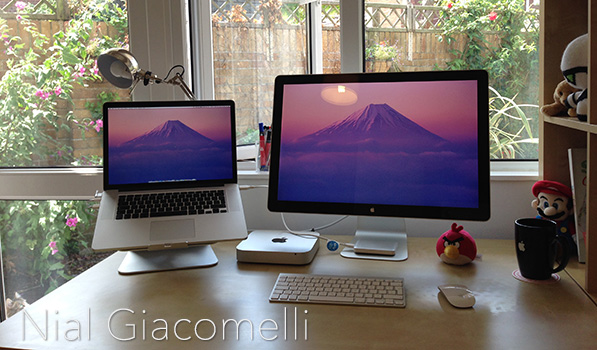 By Preshit Deorukhkar on 8th October '13 in Dialogue

Over the last few months, we’ve been working on an exciting new category of posts here on Beautiful Pixels. Veteran readers will remember that almost 3 years ago, we used to run a series of posts called ‘Artist Profiles‘ where we spoke to our favorite artists, designers, developers that managed to blow our minds with their work. Well, we’re bringing Artist Profiles back to Beautiful Pixels.

In this first one, we spoke to Nial Giacomelli, the talented app developer from the UK. Nial’s work has gone into apps like Lumicon, Episodes, Diabetik & Nibble. We asked him a few questions about his work, his interests and how he manages to do what he does so wonderfully.

Can you tells us a little bit about yourself?

My name’s Nial Giacomelli. I’m a twenty-six year old web and application developer living in the United Kingdom. In my spare time I produce native and web-based applications under the guise of UglyApps. These include the television tracking application Episodes and the recently Kickstarted Diabetik – which is a free, open-source attempt at improving daily life for people affected by diabetes.

What media of digital design do you most prefer (icon, web, iPad) ?

I love the web as a canvas, because anything goes. But as a user I prefer the encapsulation you get from native applications. Mobile is a wonderful platform to work with because of it’s interaction model. Your ideas are fullscreen, they demand attention.

Tell us a little bit about your design process. How would you start working on a project from start to finish. At what point do you decide to stop with the “final touches”?

Short of a few rough sketches and chicken-scratch notes, I try to avoid wireframing wherever possible. I think it’s more important to flesh out approaches during the discussion phase, rather than any kind of physicality.

Valve software approach level design using a technique called orange boxing, whereby designers will block out the rough geometry of levels to get a better sense of scale and layout. It lets them physically walk around the world they’re trying to create, and I think that’s incredibly helpful when it comes to communicating ideas. It gives them a weight and, more importantly, a cost.
Once I’ve got a prototype together I’ll contact a designer to begin fleshing out the visuals of an interface. I’m a notorious tinkerer, so this can be a fairly lengthy process. Because the prototype gives me the chance to experiment outside of the design process, I’ll usually wait until a design is close to finalised before implementing any of it.

I’m a big champion of opinionated software. I think you start to fight a losing battle the moment you consciously think about features. As a rule of thumb, the less I think about an application as I’m using it, the closer to finished it feels. If it’s intuitive, if the information you need is there, it’s doing it’s job. 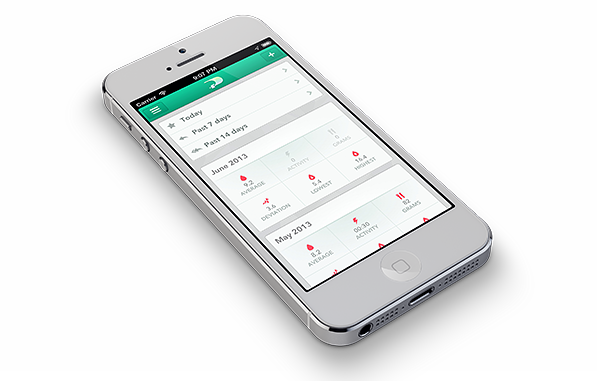 What do you do when you are faced with an art block.

If you weren’t a designer/developer, what would you be?

To inspire yourself, what sort of music do you listen to?

I’ve found that generally my tastes change to match the atmosphere surrounding a project. I’d love to be able to easily document what I was listening to throughout the development of any given product – I think the results would be pretty interesting.

You can get a better sense of what I’m listening to at the moment via This is my Jam.

What are the tools of your trade? What apps, hardware and computer do you use to perform design tasks. Could you list your top 10 apps?

I work on a fully-spec’d 15” MacBook Pro Retina (2.6 GHz Intel Core i7, 16GB 1600 MHz DDR3, 500GB Flash Storage) and use a 24” LED Cinema Display as a secondary display. I can usually be found tinkering on code in either Xcode or Sublime Text 2. CodeRunner helps to quickly test various code snippets, and Dash is always useful for quickly referring to documentation. I commit code through Tower and make use of iTerm for anything to do with the command line. If I’m pushing pixels around, I’ll usually do that in Photoshop or, more recently, Sketch. I stay social with Adium, Tweetbot, Messages and Kickoff, and it’s usually a safe bet to say that Spotify will be running if I’m anywhere near the keyboard.

(Nial’s desk is pictured at the top)

How much of an help are your family members or friends in what you do? Do you ask them for feedback about any design you’re working on?

Friends and family are a great litmus test. It’s a terrible cliche, but there’s certainly some truth to the fact that a great idea should generally be easily explained in a single sentence.
As far as more technically-minded friends go, I tend to pick fights. If you can find someone who generally opposes an idea, the ensuing discussion is guaranteed to illuminate most of it’s strengths, and certainly all of it’s weaknesses.

What is the most important trait/characteristic you think designers need to have?

Humility. I think it’s easy to look at products on a micro-level. You champion implementation, you cherish individual features. But ultimately it’s important to realise that the majority of your users won’t notice those things in any tangible sense.

Just because a product becomes the centre of your world, doesn’t mean it impacts anyone else’s.

How do you decide on colors for interfaces?

Colors are always difficult, and I struggle with making any kind of decision on palette. Largely I find that most decisions I make are based on the tone of the application. Colors have connotations, and I think it helps suggest intent if you choose a suitable tone.

What is your most desired product these days. What product is next on your wish list?

I’d love for the Apple TV to get a significant update.

Your daily source of inspiration? Do you inspire yourself with websites? Products? Life experiences?

Twitter is a huge source of inspiration for me. It’s such a wonderful, voyeuristic microcosm of ideas. It’s the first thing I check in the morning, and the last thing I’ll check at night, just to see what everyone else is up to. So many of us spend our days working on the ‘next big thing’, it’s always fun to see everyone else’s take on what that might be. Dribbble is wonderful for this, too.

I think the most successful products are the one’s that fill holes in our lives. From a design and development perspective it’s certainly easier to work on a product if it’s actively helping you to solve a problem.

What is the one thing you feel that sets you apart from the rest?

I’ve got to be careful here, because we were just talking about humility. But honestly? I’m not sure anything does. I suppose I’ve always considered myself a developer with the brain of a designer – which sounds like a disastrous combination, and who knows? Maybe it is. But the more I work on applications the less I find myself concerned with matters of implementation. You can have the most impressive code in the world, but if the final product doesn’t sit nicely, if it doesn’t help anyone, what’s the point?

The Dialogue is our new series where we talks to our favorite designers, developers & artists and get to know their what they’re like, their likes & dislikes, their work desk and the apps they use and other interesting tidbits. We have some exciting new interviews lined up with various designers & developers in these coming weeks, so make sure you’re on our ‘exclusive access’ list by becoming a member today.

This article was updated on 10/10/2015 to remove some information on the interviewee’s request.