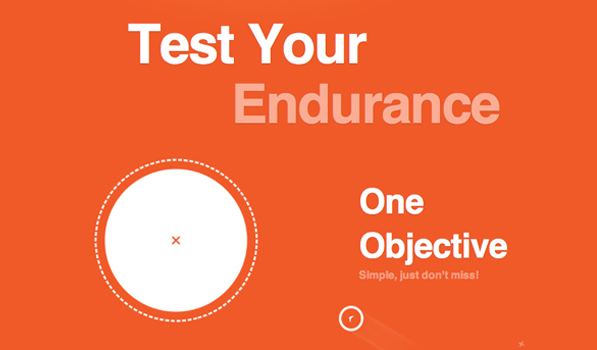 By Mikhail Madnani on 2nd April '13 in Game

Puk is a Minimal and Frustratingly Difficult Game

Puk by Laser Dog Games isn’t your everyday casual mobile game. Calling it a fast paced game is a massive understatement. It looks amazing and utilizes only 2 colours for the most part. Puk isn’t something you play for hours at a stretch. It will be there for that quick fix of gaming that will either leave you rewarded or extremely frustrated. The sounds in the game did remind me of Hundreds and what is it with game developers and minimal games involving circles these days?

At first glance, Puk is all about projecting small white hollow spheres onto solid ones above. The background for everything in the game, barring the boss levels, is orange. The audio and music is very minimal because believe me, you won’t even be paying attention to that. The game doesn’t have a tutorial in the beginning and you learn as you play. The screen is divided into two main sections. The smaller section at the bottom has your pucks or hollow spheres with small arrows inside them and the larger section has larger spheres with an x in them. Aiming the smaller pucks is like using a slingshot in Angry Birds and you have to hurry up because the divider doubles up as a timer that becomes a solid wall if you haven’t completed the level in a certain time. You earn medals if you complete levels quickly and Game Center achievements as well. If your pucks fail to hit the target and the divider timer has closed, you can shake your device up to three times to try and navigate the pucks to the targets. This felt very clunky compared to the rest of the game. After the game is over you can share your score on twitter.

Puk utilizes the touchscreen perfectly and does what casual games are supposed to do, making it a great game for a mobile devices. It has 1000 levels and is really difficult to play as you progress. Puk is available for only $0.99 and is more than worth it. It is available for Android devices on Google Play and for iPhone on the App Store. Be careful while playing it on a Android device with on screen controls because that back button AKA Android Shuffle (no one knows what it will do in most cases) will cause the game to end and make you lose your progress.

The Android App that Swept Us Off our Feet