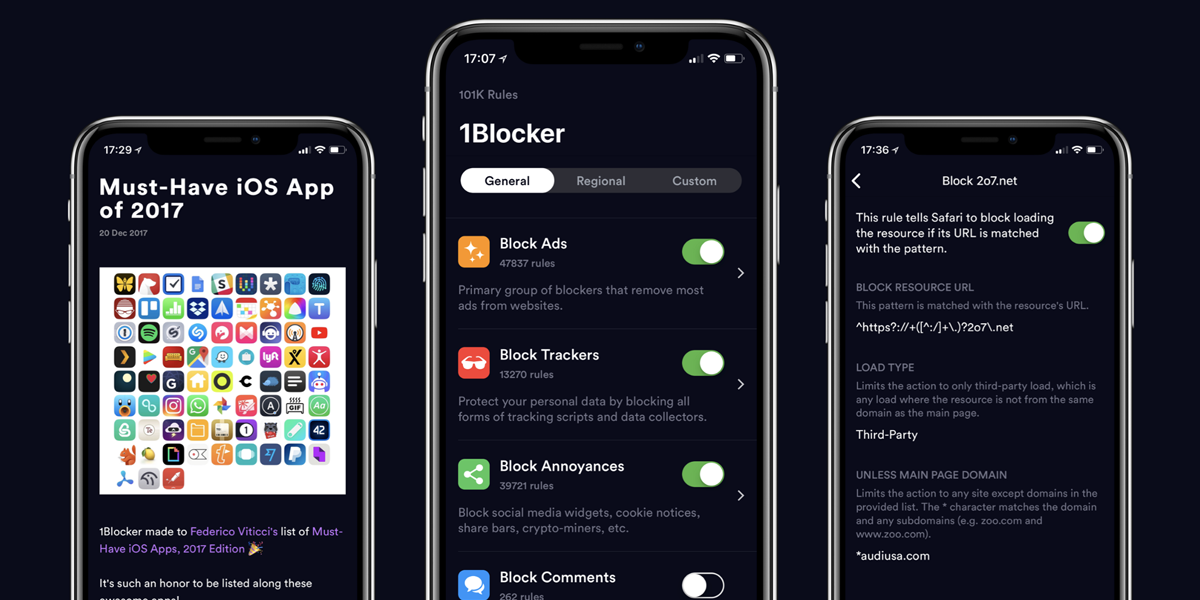 By Mikhail Madnani on 26th April '18 in iPad, iPhone

Ever since Apple announced Content Blockers for Safari on iOS, I was pretty excited to try the slew of apps that would release to coincide with the big feature release. Having tried almost every Content Blocker for Safari on the App Store, I settled on 1Blocker. I can’t believe it has already been a few years since it released and that speaks volumes for how well it has worked for me. I love apps like this that just work in the background without you having to launch them over and over again or repeatedly keep tweaking them. The one-time in-app purchase I paid for at launch more than paid for itself and it got loads of updates for free since launch. Today 1Blocker X is available as a separate app and it turns up things to 11 in almost every way.

Several users have raised concerns about the decision to release a separate new app and leave the old one behind. The developer does explain the need for a new app — I had no idea that there was a limit to the number of rules for an extension. Apple has the limit set to 50k rules and the original 1Blocker which is now called 1Blocker Legacy is nearing the limit already. To fix this, 1Blocker X uses multiple extensions allowing granular control without foregoing higher limits. This is great if you just need to block a certain annoyance on a site, but leave everything else unblocked. 1Blocker Legacy was all or nothing for these kinds of situations.

Aside from that huge feature enhancement that also introduces over 120,000 blocking rules in the app, you can now lock the main app behind Face ID and Touch ID to make sure things remain safe if you install this on another device that someone else will use. 1Blocker X also features Regional country-specific adblocking rules — currently Germany & Russia, with more on the way.

As of now, the only bug I’ve seen people run into is with iCloud sync. Mike from JuneCloud is running into the same iCloud issue from 1Blocker Legacy here. 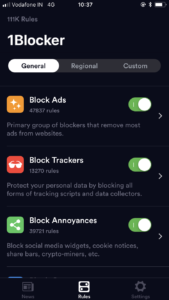 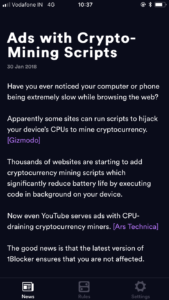 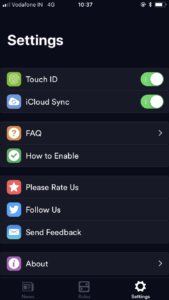 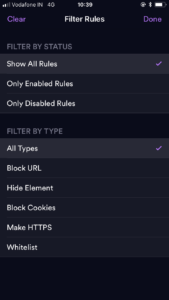 1Blocker Legacy always looked very nice but it was pretty barebones. For an app like this, a pleasing and elegant UI isn’t really important since it does the job in the background, but it is nice to see how far the design has come in X. 1Blocker X looks and feels like a modern iOS app and not an app built a few years ago with a fresh coat of paint. The iconography is lovely and the dark theme looks superb overall. On iPad, it uses the Split View just for the Rules area while the rest of the App is pretty standard when it comes to structure. My only real complaint with the visuals is the icon. I don’t think the current icon suits the app or its intent, and I’ve seen this general sentiment echoed by others on Twitter as well. 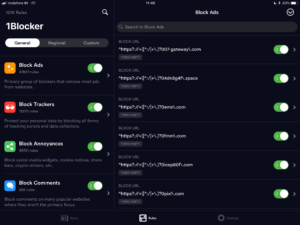 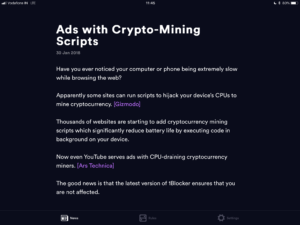 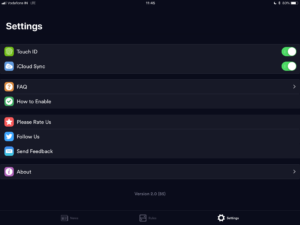 Overall, if you used 1Blocker and saw the benefits like I did everyday while browsing various sites that try and track and spam you with garbage, this is well worth the asking price. 1Blocker Legacy got free updates for more than 2 years with a single low priced in-app purchase & will continue to work, and even receive updates to its rule-sets. I’m very impressed with 1Blocker X and can’t wait to see how it progresses over time.