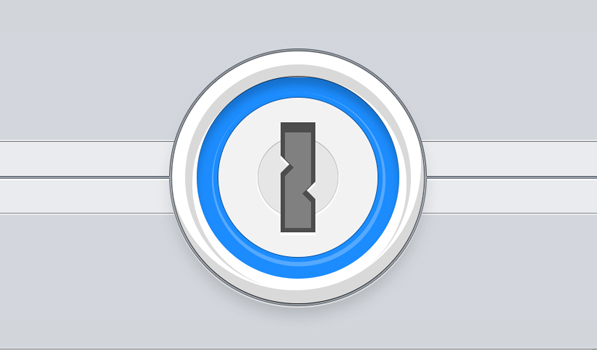 By Mikhail Madnani on 22nd April '14 in iPad, iPhone

The original 1Password for iOS, while functional, was an eyesore and it stayed that way for a long time. 1Password 4 came along and changed everything. It was awesome. But once iOS 7 hit, it felt stale and using the old keyboard was quite jarring. Today, AgileBits have released 1Password 4.5 for iOS and 1Password 4.3 for Mac. Both are free updates to existing owners of 1Password 4.

1Password 4.5 for iOS (henceforth 1Password) isn’t just your typical iOS 7 update where everything becomes “chicken shit white” with blue highlights. It is a well thought out and great overall update that introduces new features, improves upon the existing ones and in some cases, is a step backwards.

Everything from the lockscreen to the detail view for passwords and other items has been given a visual overhaul. The lockscreen now has a lighter and flat shade of grey with a lovely pulsating blue gradient in the lock, just like the previous version. The grey matches the iOS 7 keyboard, creating a unified look for the lockscreen that makes it feel like it is part of the phone. As with all good iOS 7 apps, 1Password has a few subtle animations giving it a lively feel. The lock in the text field bounces slightly at the extremes while unlocking and the all new lock design above it animates while unlocking or becomes red if you have entered the password incorrectly. 1Password also has an all new icon. The lock in the icon is now larger to go with the new iOS 7 icon grid that Apple promotes and its fresh coat of paint makes it fit perfectly on your iOS 7 device homescreen.

The tab bar icons on the iPhone and sidebar icons on the iPad app are no longer thick glyphs with gradients. They are now wireframes of their former selves and have a really nice blue highlight when they are selected. 1Password now finally has a search bar that is on top of almost every view. Each of the category icons have been improved and I really love the modern look they have. Since the app was built for iOS 7, navigation is also possible by swiping back from the edge. The interface on the iPad has a split view that is a major improvement over the previous interface. Item details now are more spaced out over the whitespace in the detail view. Even the share sheet now uses the new native iOS 7 share sheet. Speaking of new share sheet, 1Password items can now be shared over AirDrop as well. Custom images added via the Mac app now sync to iOS. The folders tab has been renamed to Organize to now accommodate your folders and tags that sync from the Mac app.

One of the major new additions to 1Password on iOS is multiple vault support. Multiple vaults created on OS X will now sync to the iOS app as well. The implementation leaves a lot to be desired though. Switching can only be done after unlocking the primary vault and then in the app’s settings. I would’ve much preferred a separate password to unlock to a specific vault. The demo mode, which was great in the previous version, has now been downgraded to a demo vault that again requires you to unlock using your master password as opposed to typing ‘demo’. I can’t understand why this was done because earlier you could literally show people how you type and unlock to demo mode with demo data. The experience in the earlier version was much better.

One of the hallmark features of 1Password 4 was the in built secure browser, 1Browser. In 4.5, 1Browser is better than ever with its own new circular progress indicator, fresh interface and a single autofill implementation that has all your details. This new autofill implementation is a lot like 1Password Mini on the Mac. I really don’t like how 1Browser looks on iPad with a few tabs open though. It feels like this is a mutation of iOS 6 and 7.

Overall, the update is great in many places and just ok in others. The new design is great, but it needs to let go of its iOS 6 roots to be really excellent. I also hope they consider adding demo mode back and not making it borderline useless with you being forced to use your master password to show demo data off. The update fixed almost every issue I had with the iPad interface and is a joy to use now. For an app that should mainly be functional, it blows the competition away by a long shot and still manages looking worthy of your homescreen. 1Password 4.5 for iOS is available on the App Store for $8.99 for a limited time only.