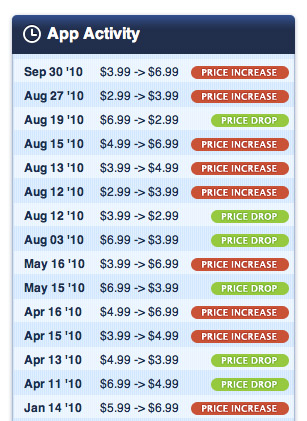 By Milind Alvares on 1st October '10 in iPad

2Do, now pretty on the iPad

For lovers of heavily designed skeumorphic user interfaces, Guided Ways’ 2Do has just been turned into a universal application with a slick iPad user interface. 2Do is a very feature rich task management system, which ties into Toodledoo for cloud syncing between your iOS devices and the web.

Realistic leathery textures, coupled with drag and drop interaction with tasks, and sliding panels which look like tanned paper. An interesting UI choice is they’ve raised the ‘book’, and instead of a tab bar at the bottom, you get a bunch of crucial actions that are made to appear under the book, almost creating a separation between the book metaphor and the digital actions. I personally don’t like the look and feel, it looks over-designed with too much of texture and buttons, but I know a lot of folks who would appreciate this look.

As for the price, it’s $6.99 as of right now, but going by their previous price changes I wouldn’t be surprised if the price drops to $2.99 any time soon. Don’t get me wrong, for the functionality it offers I think it’s quite worth $6.99, but price shenanigans never leave customers feeling good about their purchase. Existing users of course get the upgrade for free.

iChat One: A single-windowed user interface mockup by Bjango