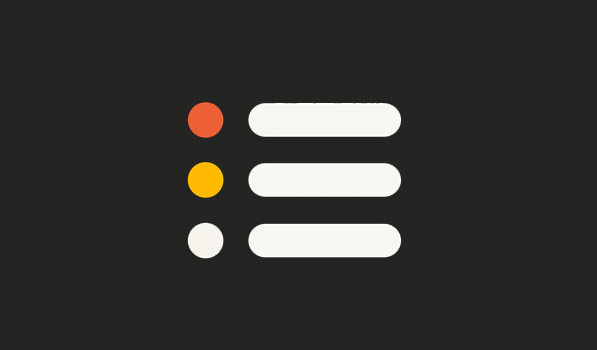 By Rohan Naravane on 29th October '13 in iPhone

DOOO is a Visually Striking Thought Manager for iPhone

There are umpteen To-do, Reminder and Note-taking apps on every popular platform. Let’s face it, the above three have been the most primitive functions that handheld devices from the time of the PDAs (Personal Digital Assistant) had built-in. And they’re evolving even today — simplifying the user experience and adding modern day functionality that today’s smartphone hardware has to offer. DOOO is one such app that tries to combine the above three in a stunning package; hoping to be your one and only go-to ‘Thought Manager’.

DOOO is delightful to look at. The use of attractive icons, soothing yet striking colour schemes, and clear fonts boost the app’s likability. On the primary screen, your tasks are organised between three columns — Today, Unsolved and Completed. Swipe from the left and you’ll see a couple of preset lists that you can put your thoughts into (for e.g. ‘Idea’, ‘Work’, ‘To Buy’, ‘To Read’ etc). You can create categories of your own too. To add an item, hitting the icon at the center pops up a text box to jot stuff down. You can also set the level of importance and and quickly set the due date as well as set a precise date and time of completion. Reminders can also be set for every hour, day, week and month. Recurring reminders would be helpful to say, remind you of your credit card payment due date.

The moment you hit ‘Add’, the task shows up in the ‘Today’ column. If the task crosses its due date and isn’t manually marked as completed, it moves to the ‘Unsolved’ column. And if you flag its completion, it moves to the ‘Completed’ column, moving it out of the default view. You can see ‘Completed’ items by swiping to the right side. It notes down more than just text; you can append your current location, a photograph, a sketch and a photo from the gallery to the note. While the rest worked as expected, the Sketch option could really use a multi-step Undo function, instead of the one-step Undo that’s available in this version.

You can swipe over an entry either way to take actions instantly. For instance, you can change the priority level and mark as completed when you swipe over left to right. Gliding your finger the other way lets you change the time and date, move the task back from the ‘Unsolved’ to the ‘Today’ column and finally delete the entry. When typing is too inconvenient, there’s a voice recording button to take down voice memos instantly and then append some context to it.

Although the app has a tutorial that explains its working the first time you open the app, DOOO takes some playing around to get used to. One nitpick I had with the UI was that the containers holding your entries in the column were a little too narrow, requiring me to precisely swipe over it to bring up the actionable icons. Also, if we were to nitpick a little further, there’s no checklist that can be created in a single entry. For e.g., if I have 10 things to bring from the supermarket, I will have to create 10 different entries and then check them off one by one, instead of creating a single entry with multiple items that I could have marked as completed.

There’s no mechanism to sync these tasks anywhere else; all you can do in the current version is message or email them individually to somebody. Though the seemingly-outdated developer website says a Mac version of the app is coming. DOOO is a great app if you are looking for a beautiful task manager. But I expect DOOO to do a little better than what it has to offer now. DOOO is available Free on the App Store.

Thanks for the tip, @Pierr0t