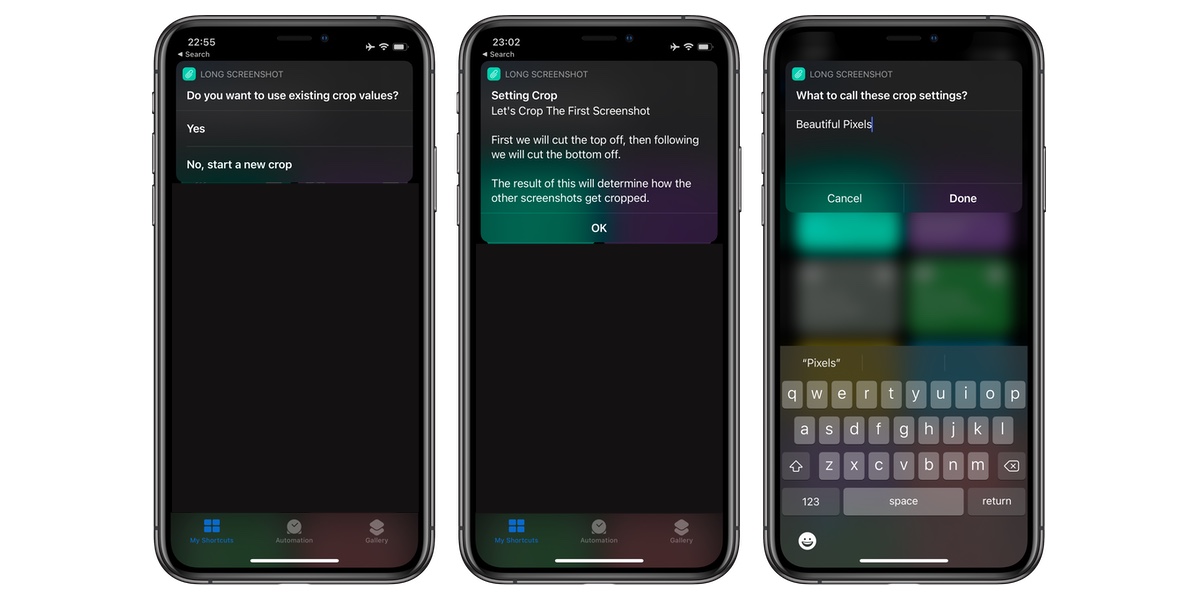 I was among the happiest people on Earth when Apple announced the ability to save full page screenshots with iOS 13. However, when I first used that feature, it was a bit disappointing. iOS 13’s long or Full-Page screenshot feature only works with Safari and even then, it’s a bit limited as it saves those pages as PDFs. This is not what I want from long screenshots. Like everyone else, I want to take scrolling screenshots of my iMessage and Facebook chats so that I can share or store them easily.

To take long screenshots on iOS, you could either use apps such as Tailor or Picsew, or you could use Siri Shortcuts and get the job done for free. The shortcut I’m writing about is slightly rough around the edges but it does work fairly well if you know how to work around its limitations.

The one major limitation of this shortcut is that you will have to make sure your screenshots don’t have overlapping content because you can’t adjust and crop screenshots to eliminate duplication. I work around this either by manually cropping screenshots in Photos or being extra careful when taking screenshots. Other than this, this shortcut works really well so let’s get right to it.

How to Take Long Screenshots on iPhone

I’ve written about the basics of Siri Shortcuts and how to install shortcuts on your iOS device. Be sure to read that piece in case you’re not sure what this is all about.

This shortcut is a great example of how Siri Shortcuts can add really useful features to iOS. I’ll be writing about several more shortcuts in the coming days, so watch this space to learn about some more interesting things you can do with these amazing automation tools in iOS.