By Preshit Deorukhkar on 20th April '17 in Android, iPhone, Windows

Back in 2015, Wunderlist — one of the popular productivity apps that offered apps across the major platforms, announced that the team was joining Microsoft. The Berlin-based team continued building the app over the last couple of years, adding features and integrations to the app. Today, Microsoft has unveiled ‘Microsoft To-Do’ — a new app from the house of Microsoft and the logical successor to Wunderlist.

Poised as an “intelligent task management app”, Microsoft To-Do is a completely new app built by the same team as Wunderlist. Microsoft is releasing the app as a ‘Preview’, essentially a public beta of the app.

I spent some time playing with the app and it is pretty much a simple and straight-forward to-do list app with a refreshing UI. I love the simplistic nature of it, and it doesn’t feel like a Microsoft app at all. But then again, there are several similar apps out there already.

Most of the features from Wunderlist are absent at the moment, which is also why Microsoft hasn’t shut down Wunderlist… yet.

In the coming months, we’ll bring more of the favorite elements of Wunderlist into the To-Do experience, adding features such as list sharing, apps for Mac, iPad and Android tablet, as well as additional integrations with other Microsoft services. Once we are confident that we have incorporated the best of Wunderlist into To-Do, we will retire Wunderlist. While the name and icon may change, the team that brought you Wunderlist continues on. 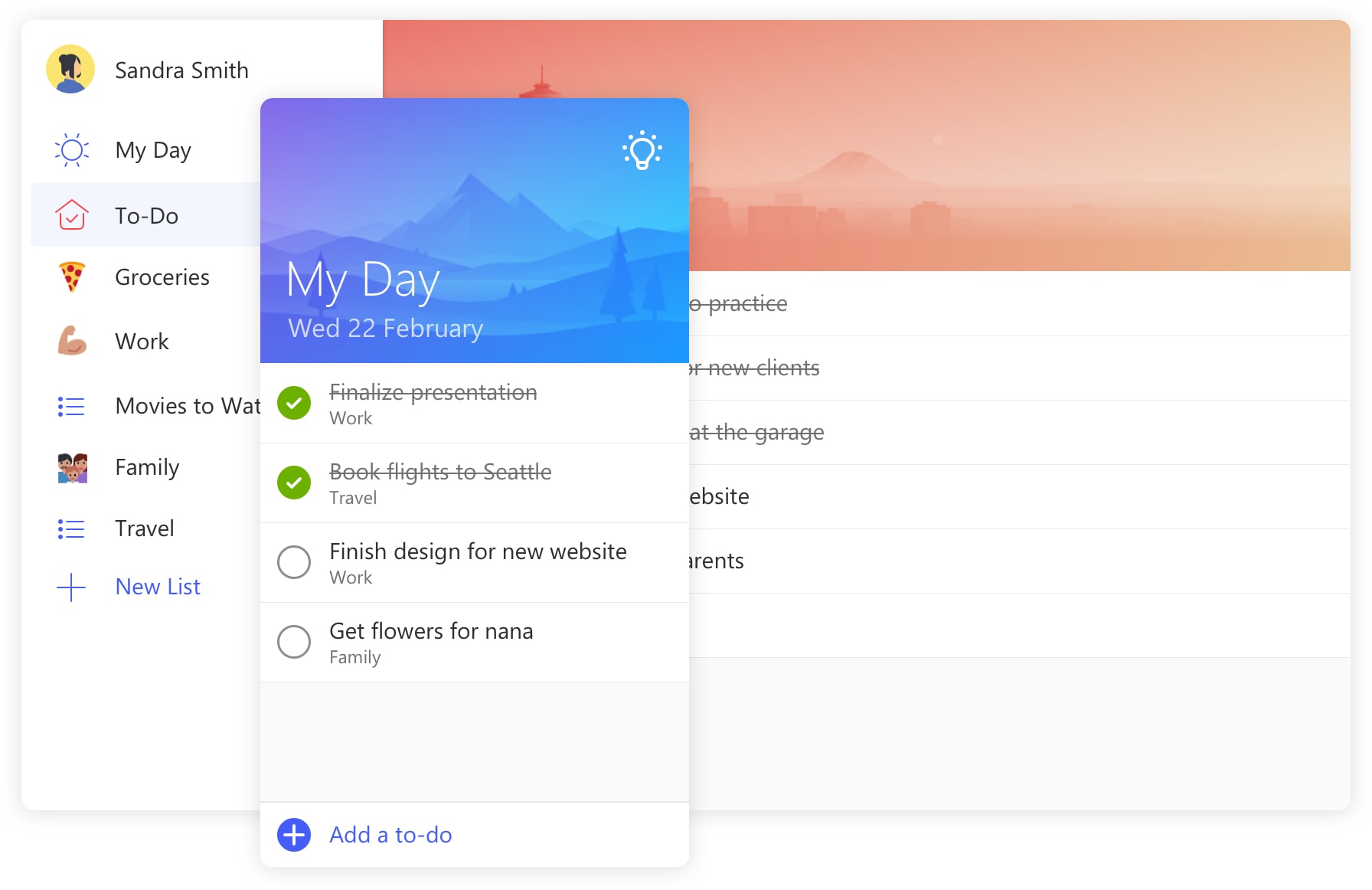 Microsoft To-Do is available for Windows, iPhone, Android and the web, but the iPad and Mac apps are not ready yet. You need a Microsoft account to use the app.