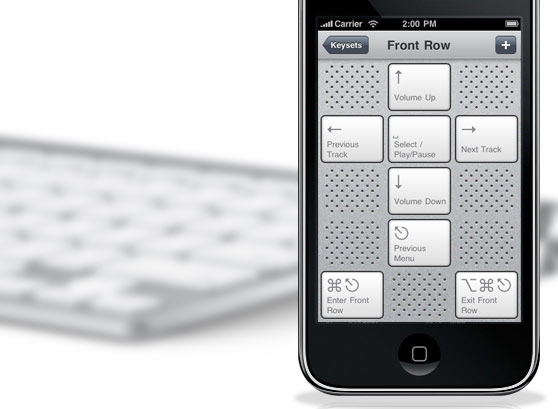 By Milind Alvares on 31st December '09 in iPhone

The Mac was the hallmark of stupedous user interfaces. That is, until the iPhone came along. Suddenly the challenge of getting everything right within the confines of a 3.5 inch screen became a lot more appealing to developers, who have been pelting out some awesomes over the last year.

While a lot of them are above average, approaching good, here’s some of them that surpass fantastic. Yes yes, I know there’s a lot more, but we’ll get to those one by here. These to me represent the hall of fame.

Needs no introduction does it? I’ll attempt one anyway. Tapbots is like a new religion in design, and its God is obviously Mark Jardine. I wonder if this guy even knows how talented he is (even after repeated emails from me telling him so). 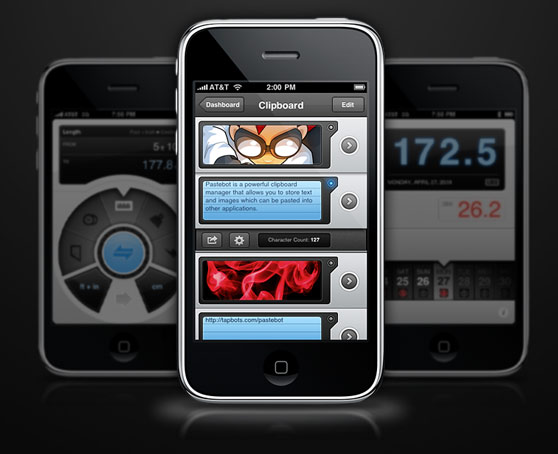 Most importantly, not only does Jardine design the apps (Paul Haddad is the coding genius of course), he also makes sure the rest of the promotional material is out of this world. Just take a look at their site, the videos, and of course, you can’t go wrong with the gorgeous apps—their latest baby Pastebot in particular.

It may not be the best twitter client (subjectively speaking of course), but it’s definitely the best looking twitter client on the App Store. With Twitterrific 2, David Lanham really brought it, with drop dead gorgeous user interface. Everything from the primary controls to the intricate icons that adorn the screen; it’s all done to make you feel like tapping around. 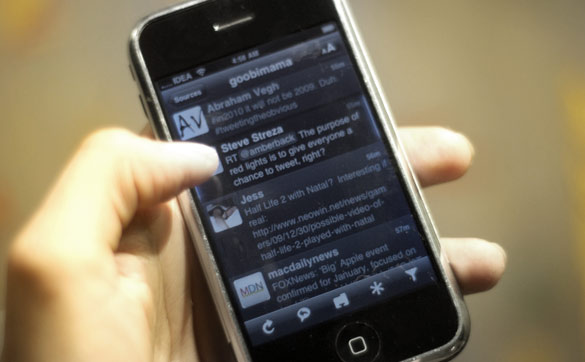 Knowing the weather is surely one of the more overrated (and usually flawed) things about modern civilisation, but you can’t help but look through this little gorgeous app to see what’s on the outside. Designed by Michael Flarup, Outside features a window into what’s outside, and even informs you about the human qualities of weather— like whether it’s warm enough for a T-shirt. 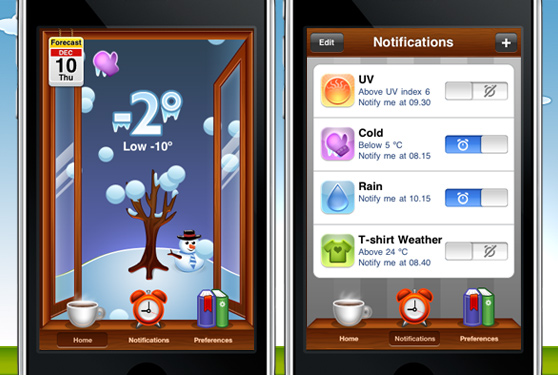 If you’ve ever ‘given up’ on RSS, this is the app that’ll bring you back to it. Not only is it one of the most feature rich clients out there, its design will literally make you weep. Silvio Rizzi, the rockstar behind this app has created one of the most fluid minimalist user interfaces on the iPhone, and it works. 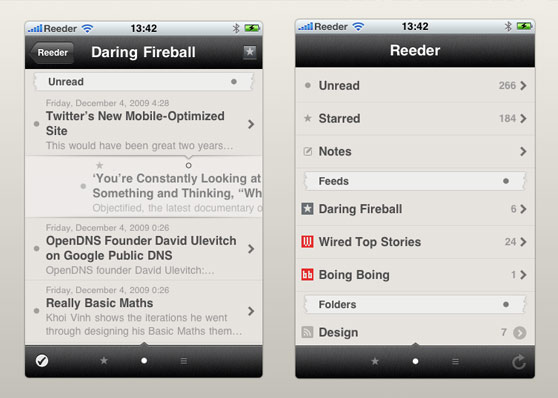 When it comes to the internet, nothing satisfies us more than numbers indicating people appreciating our work. I have a bookmark in Safari labelled “Ego”, but that’s only because I can’t have this brilliant app on my Mac. Ego by Garett Murray is an app developed out of a self-need to keep track of various statistics that guide us on the internet. And it’s drop dead gorgeous. If you’re a site administrator looking to keep track of your visitors, feeds, and even twitter followers, this is a must have app. Did I mention it’s drop dead gorgeous? 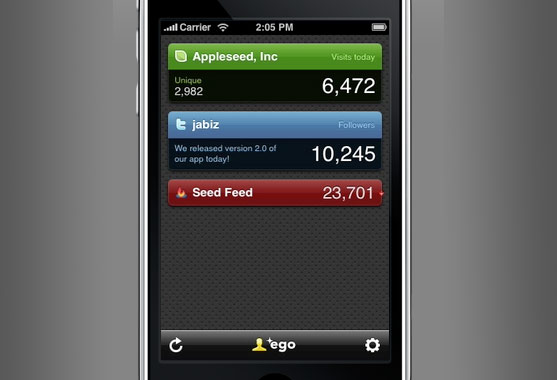 I had to have this app. I saw the screenshots, and quickly got myself on the beta. Designed by Louie Harboe for Iced Cocoa, Keymote is a beautiful ‘remote keyboard controller’ for your Mac. It effectively extends not just single keys, but key combinations a.k.a., shortcuts. I won’t go into why the app doesn’t exactly work as it ideally should; it’s just too beautiful for that.

The latest in hosted websites, Squarespace is a great service if you aren’t quite adept at the whole HTML+CSS thing people keep talking about nowadays. What makes Squarespace appealing to me however is their shoot-yourself-in-the-toe gorgeous iPhone app. It’s a free download (of course you have to pay for the service) but even that 1 month free trial was worth signing up for. The iPhone app allows you to manage your accounts, create new entries, and view stats in awe inspiring beauty. 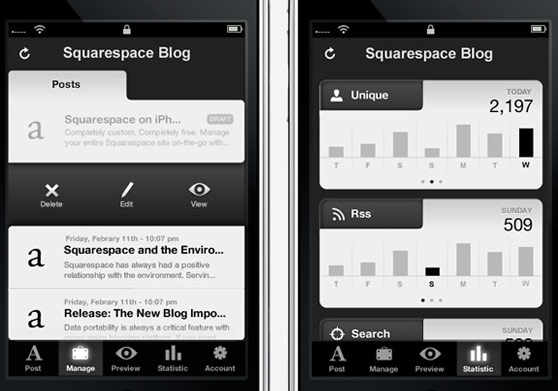 Just when everyone thought Convertbot by Tapbots had won the race in unit converters for the iPhone, Convert by TapTapTap shows everyone that it’s possible to make a unit converter that looks sickeningly slick, yet keep functionality at its core. Everything from the menus, to the fonts, reeks of perfection. And lickability. 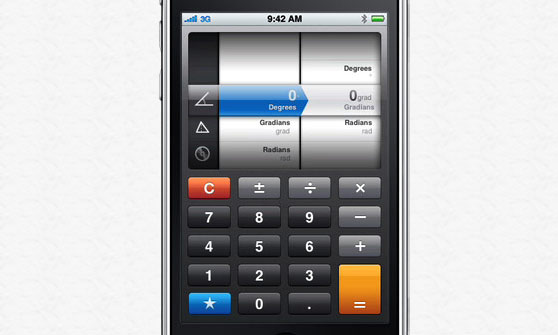 I personally haven’t quite digested the real purpose behind Foobi, but if I had to put my finger on it it’d be to showcase delicious taste in pixels. Foobi is a diet tracker that lets you track real food items instead of counting calories. The only problem is you tend to eat more just so you can add stuff to this app. 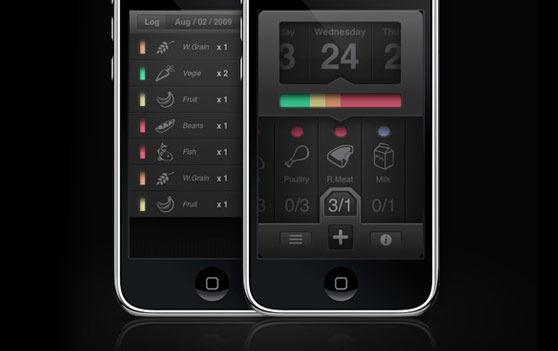 I’ve mentioned it before, and I probably will do so for a few more years to come. Movies Now features the most non-native native iPhone UI on the App Store. Its tab bar is different, the thumbnails are different, mixed in with some beautiful pop ups. The movie posters floating around just add to the eye candy. And add to that it’s not half that bad an app in itself! 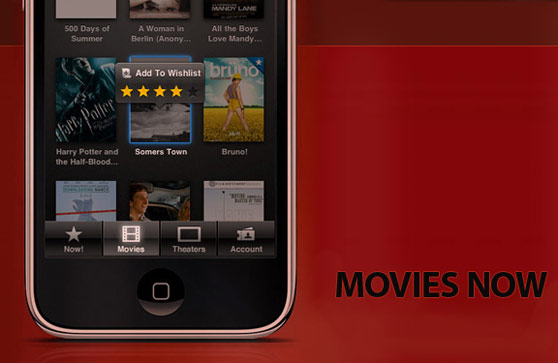 David Watanabe, the design heavyweight on the Mac, took it to the iPhone with Inquisitor, the browser plugin on the desktop. The iPhone version of Inquisitor isn’t nearly as functional, but pretty it definitely is. Live search with suggestions makes it ideal for something like an iPhone. It’s also free. 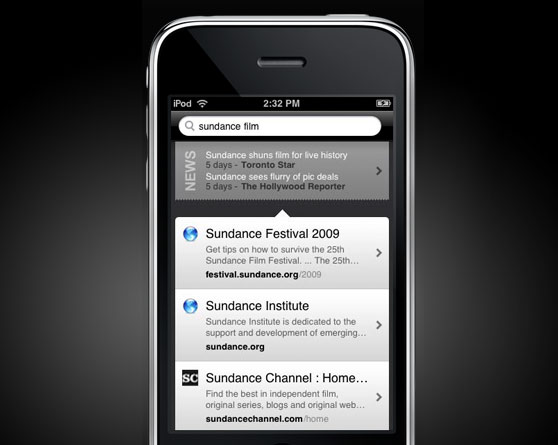 Another iPhone development house that focusses on succulent design, Bjango has so far repeatedly produced great looking, and more importantly, great working apps for the iPhone. Take iStat for instance. While the Mac version of iStat is an indespensible tool, the iPhone version surpasses it with sheer beauty. Honestly, I don’t know why I would want to know the CPU speed of my Mac when I’m on the road, but I do. Okay, it’s idea for server admins, but that’s a different story. And they’ve got a ton of these on their site. 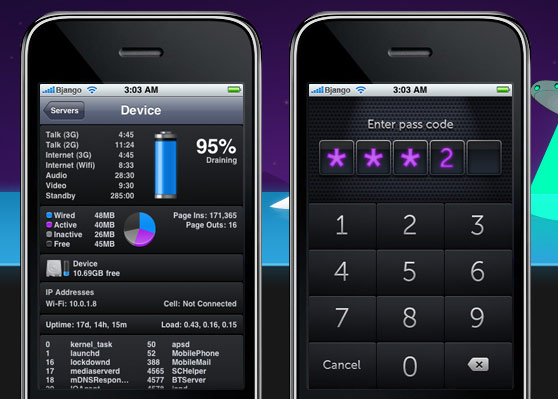 The first comment on Brandon’s review on SA said, “The interface is too delicious to resist even with its zilch utility for me.” That’s what you get when Matt Buchanan has something to do with the design. And for those of you who have more than a few twitter followers coming in everyday on different accounts, that’s delicious interface plus amazing utility. Birdbrain lets you turn off your follower notifications but still keep an eye on interesting people who start following you. 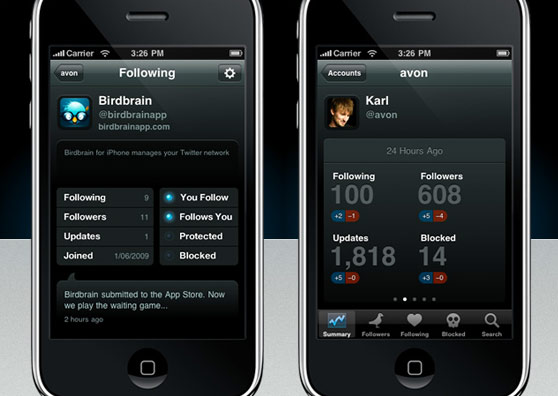 What is it with unit converters and good user interfaces? I’m stuck here with Convertbot, Convert, and now this. Currencies, designed by Sebastiaan de With, is a straightforward currency converter with the most gorgeous and intuitive user interface. 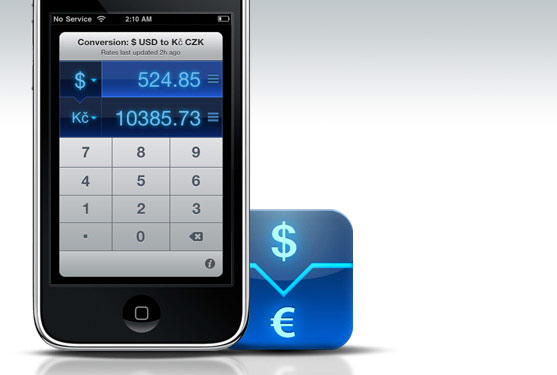 Even though this app is only intended for a really small bunch of users (being a server monitoring and statistical app), it hasn’t stopped the developer from showering it with some pixel love. Server Density is an app filled with elegant screen and subtle animations and transitions in the right places and the graphs in the app are pure lick-able stuff. Available for free, but requires a minimum of $15/m paid account. 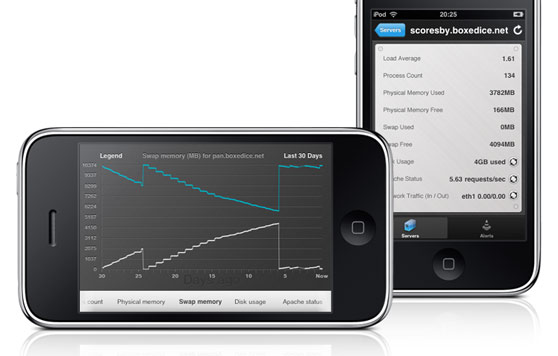 Update: 15th position has been filled. By…

It was the obvious one for the fifteenth spot. Momento showed up late 2009, with some gorgeous looking layout for your personal diary. If you’re a diary writer, you need this app. If you’re not, you still need it. 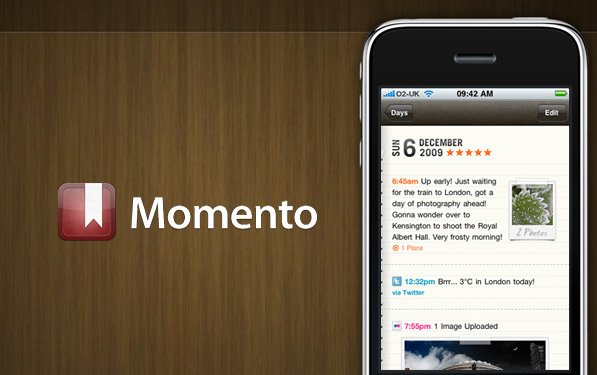