A Note about Spoilers: This article contains minor spoilers about the TV show that this game is based on, not the game itself. If you haven’t seen the show, well, we urge you to do that first.

When I first heard about Mr. Robot — a drama- thriller TV show based on the premise of cybersecurity and hacking, I was charmed and interseted by it. If you haven’t seen the show, you most defintely should — it’s in it’s second season now and I can tell you that you will not be disappointed by the show, even if you have never personally wanted to join a group of hacktivists. Rami Malek, who plays the lead in the show as Elliot Alderson, is fantastic and extremely relatable.

The game in itself is based on the first season of the show, the premise being that you find a phone outside the Fun Society amusement arcade at Coney Island. People who have already seen the show might realise that the location being referenced to here is where the hacking group fsociety meets regularly. The phone that you find belongs to Darlene, a blackhat hacker and one of the main characters of the show, as well as an intergral part of fsociety.

As soon as you launch the game, you’re taken to a homescreen of a phone running on E-Corp’s systems, which is a huge global-tech company and also the target of fsociety (Known also as Evil Corp). In the game, you communicate using texts through E-Corp’s texting app, with characters from the show and making decisions which affect the narrative of the story and thus, consequences too.

The app requires you to turn on your notifications, so that it can tell you when somebody has texted you, but doesn’t require you to be constantly connected to the internet. I have been playing it for 2 days now and I love how real the game feels, the choice of responses you get with the occasional typo makes it seem like you’re actually living in the fictional world of the game.

Night School Studios has done a super-fantastic job with the user interface of the game and the way the narrative works.

However, the game isn’t perfect. I have gotten several notifications about receiving a text message from a certain character, but when I open the app, there is nothing there. Along with that, I recently encountered a game-breaking bug wherein after a conversation with a certain character, the game has just not moved forward. Night School Studios has confirmed that they’re aware of the situation and are working on a fix, but experiences like these make me lose my interest in the game a little bit and even though I really like the game and think we need more ARG’s (Alternate Reality Game) like these on mobile, it’s difficult to deal with game-breaking bugs.

The game costs $2.99 and is available on the App Store as well as on Google Play. 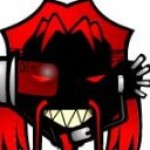