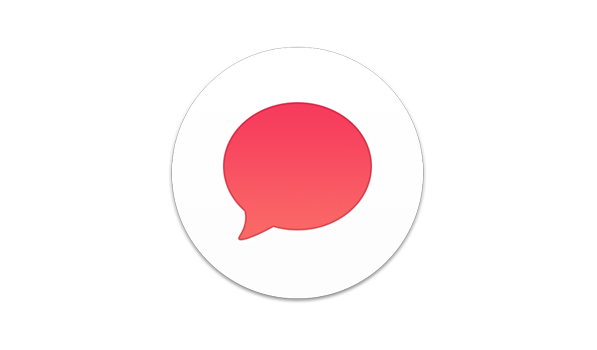 By Preshit Deorukhkar on 30th October '13 in Mac

Over the last couple of weeks, I’ve been chatting with my buddies on Google Hangouts and Facebook using this fantastic new Mac app called Flamingo. Flamingo is a gorgeous instant messaging app released today for Mac that lets you sign in with your Google Hangouts, Facebook or even XMPP accounts and see which of your buddies are online, add new ones & chat with them — all in a slick, native & modern interface.

Flamingo has been designed by Christian Dalonzo, best know for designing Stream for App.net and developed by Indragie Karunaratne, best known as the developer of Sonora — the beautiful music player for Mac. If you’ve tried their apps before, Flamingo’s amazingness shouldn’t come as a surprise to you at all. Not only is Flamingo intricately designed with modern interface elements and superb use of colors, it also features some fantastically executed animations and transitions that make it an absolutely delight to use. 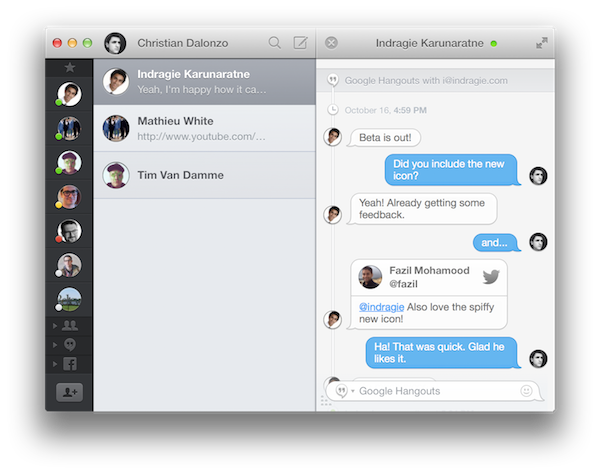 Flamingo primarily uses a typical “three-pane” layout — the leftmost pane lists all your buddies from the services you’re currently signed in with, along with their statuses (online, idle, offline, etc.). When you double tap on a buddy to chat with him/her, the buddy appears in the center pane and the actual conversation is displayed in the right most pane. Of course, Flamingo doesn’t limit you to this layout. In the buddy list, Flamingo smartly collates your buddies who have accounts on multiple services into a single contact. For example, if John Doe has an account on both Facebook and Google Hangouts, Flamingo will just display him once under the “Unified” title. Flamingo’s smartness goes beyond this, as if while chatting with him, he logs off one one service, you can continue your conversation with him in the same window on the other service. At your end, the jump is transparent.

Flamingo’s layout is designed such that you’ll only see your buddy avatars by default. Only when you hover over the leftmost pane, it reveals their full names. At the bottom of this pane, you can search your buddy list or add a new buddy on any of the services. The middle pane lists all your active chats. By default, you can click on any of the active chats and the rightmost pane will display the conversation. However, you can also double click on any active chat to open it to the right of the rightmost conversation window. This way, you can have multiple conversations open in view at the same time. Not just that, you can drag out a conversation by holding it at the bottom left and have it as a standalone floating window. This is brilliant.

I love the way the duo has worked out the animations in the conversation view. When you send a message, the bubble slowly animates with the text you’ve sent, along with the timestamp for that message appearing on the left. Little things like these add to the overall delight when using the app. You can change from one service to another using the dropdown on the left here.

Flamingo also supports inline previews for services like Twitter, Instagram, YouTube, Droplr & CloudApp. So any links from these services in your chat will instead be displayed as rich content. The app is already ready for OS X Mavericks and utilizes the Mavericks notifications’ feature letting you reply right from the notification bubble. Flamingo also supports File Transfers and full message search. It stores your entire conversation history, so it’s easy to lookup something via Flamingo (and it doesn’t Freeze like iMessage).

Unfortunately, neither Google Hangouts, nor Facebook extend the group chat feature to client apps, so Flamingo only supports one-to-one conversations with your buddies. Moreover, the version I’ve been testing has been flaky at times, but the developers are also very responsive to feedback, which is always a good thing. Flamingo is a fantastic Mac app if you often chat via Hangouts, Facebook or XMPP. You can grab it from the Mac App Store for just $9.99.

Bonus: Look up @FlamingoforMac in the new Tweetbot 3 for iPhone and see how awesome their avatar looks in the timeline.

Fantastical 2 — The Best in Class Takes It to Another Level