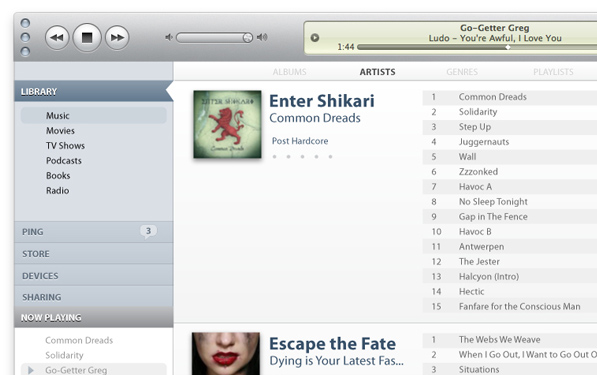 By Milind Alvares on 4th September '10 in Mac, The Gods

Seems like everyone’s disappointed with the iTunes 10 user interface. It’s neither radically different to be appreciative of new concepts, nor does it maintain its previous aesthetics. Instead of rethinking the user interface to accomodate for the different services that iTunes provides, Apple has merely shoved them into nooks and crannies, completely detatched from each other. What I’m trying to say is, Ping could have been so much more.

Scott Jensen (@ScottTheRocker) has been doing some thinking, and designing, which has resulted in this fantastic user interface concept. I agree it’s not perfect, and in some respects a little WMP-like, but if Apple were to only put in some effort in pushing a new user interface, iTunes X 10 could have been a media management platform worth lusting after. Check out Scott’s redesign in full.