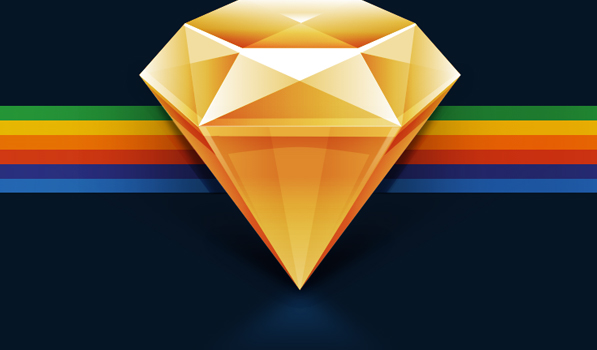 I bought Sketch 2 by Bohemian Coding back in April last year and it has been insanely great overall. I’ve personally not experienced any bugs with the main app. Sketch Mirror has been a welcome addition since it launched. Today Sketch 3 and Sketch Mirror 1.1 are available. Sketch 3 for Mac is a brand new app that adds a lot of great stuff to the original Sketch (Sketch 2).

One of the most requested features in Sketch has been Symbols. Sketch 3 has symbols implemented brilliantly. Reusing elements is a breeze. Working with text is better now and the new inspector makes everything quicker and easier. Exporting has been given an overhaul and you now have various options while exporting slices at any scale. Barring improvements mostly throughout, the features I like the most are the addition of the Teehan & Lax UI template and the new inspector. Their iOS 7 UI template is beyond awesome. To have it built into Sketch is pretty amazing. The new blur styling option is something every app aimed at UI design needs to have and Sketch even features a background blur option.

Sketch 2 has won a wealth of awards including an Apple Design Award. Sketch 3 is a very nice upgrade to Sketch 2. My main complaint with Sketch 3 after nearly a day of use is the interface. Sure the interface elements have been given a slight overhaul but the overall look is more or less the same. At this point (and after using Fonts by Bohemian Coding), I expected a lot more. Sketch is supposed to be a modern interface designing app so why should it lag behind other apps when it comes to the overall look? I mean even Photoshop has had options for a darker look since CS6. I can’t believe how dated Sketch itself looks. The subtle changes to shapes and icons within the app are nice but overall it needs a new look.

Now comes the price. If you bought Sketch 2 on the Mac App Store in or after March, you can email them your receipt and they will send you a non Mac App Store license. Everyone else can buy Sketch 3 on the Mac App Store for $49.99 this week before the price goes up to $74.99. I’ve read a lot of tweets about people experiencing bugs and since Sketch 2 is still in the Mac App Store, I hope Bohemian Coding address the issues for people not willing to upgrade. Sketch has great community support and will be a worthy addition to your toolbox as a designer.