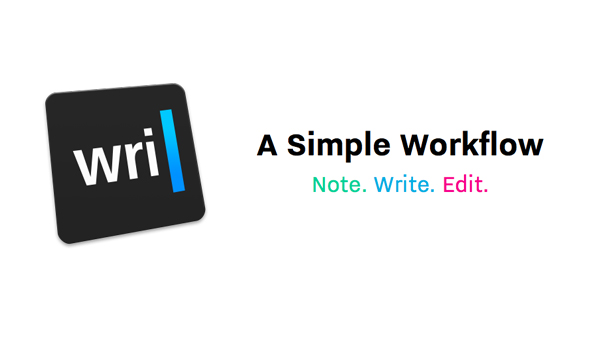 iA surprised most of us with the release of Writer Pro in December, with most of us (including everyone here at BP) having no idea it was even in the works. Version 1.0 boasted a lot of features for professional writers and it received mixed reactions on the App Store and with the press. iA’s Writer (the original app) was one of the first few apps I bought when I switched to OS X a few years ago. At first, I thought it was just a hyped text editor; but spending a few hours in it showed me otherwise. Writer has been a staple on all my devices ever since and I thought it was grossly underpriced. I have been using the original Writer and now Writer Pro ever since it released. I just can’t let go of how good it looks and feels. I’ve tried almost every other writing app on OS X and nothing has felt as good as Writer.

Writer Pro builds upon Writer’s philosophy, bringing in a new workflow and syntax highlighting. While this does seem counterproductive given how “distraction free” writing should be, you can still use the one window mode as with the original. At first, it may seem like different workflow states just change the font and cursor colour. The workflows organize your files into different folders on iCloud. Before we go any further, Writer Pro uses iCloud for syncing across to iOS. The lack of Dropbox is a huge con for most, including myself. Writer and now Writer Pro have managed to perfectly sync documents using iCloud. Once you use Writer Pro on OS X and iOS, the folder organization of workflows makes complete sense. The Note workflow is for capturing your thoughts quickly and roughly. Once you’re ready to actually begin writing, the Write workflow features the amazing Nitti Light and resembles the original Writer. After writing, the Edit workflow lets you utilize one of Writer Pro’s most hyped feature: Syntax Highlighting. Syntax Highlighting works brilliantly and coupled with keyboard shortcuts, lets you really take your writing to the next level. The workflows and syntax sliders (these really need to look better) are in the sidebar on the right. The sidebar also has the Markdown formatting options and statistics about the text. The final workflow is the Read workflow that gives you a markdown preview of your text and doesn’t let you edit anything. Writer Pro 1.0 did not have the Markdown preview and that was a huge letdown, making the Edit and Read states almost identical. Writer Pro 1.1 also brings Night Mode (finally) and MultiMarkdown export and preview. The Read mode in 1.1 is a proper preview where you can’t edit your text which is how it should’ve been from the start. Syntax for footnotes and tables is available along with improvements to file formatting for printing. 1.1 is a lot like iOS 7.1 for iPads. iA should have waited and released 1.1 instead of what felt like an incomplete app in 1.0.

Writer Pro 1.0 was a nice upgrade over the original Writer for me, but it had quite a few flaws. Most of those have been addressed in 1.1 as far as I’m concerned. I hope they fix the sliders used in the sidebar because they feel completely out of place. I know Dropbox sync is coming at some point according to posts by the Writer account on twitter and support responses. I also hope the Note part of the workflow is improved to have a pool of notes to access while writing. At launch, Writer Pro was only good for fans of the original app. With 1.1 it has become worth recommending to anyone looking for a great writing app for Mac. It is my writing app of choice on the Mac. Writer Pro is available for $19.99 on the Mac App Store. As of this writing, the iOS version has not been updated to 1.1 and lacks these new features.