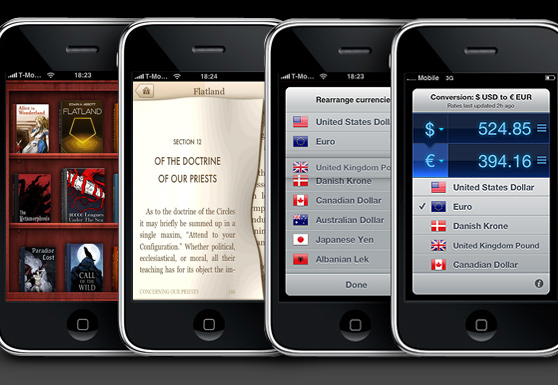 By Milind Alvares on 2nd February '10 in The Gods

Artist Profile: Who is Sebastiaan de With?

[tweetmeme]Cocoia. The name resounds in the designer community. This spritely 21 year old self-taught designer from the Netherlands, who looks more like a musician than a designer, has pretty much defined the landscape of every Mac user’s Dock.

Sebastiaan dropped out college, and learnt to design on his own, starting his design company Cocoia in 2006. Well he initially started with the blog, which is almost like a story of his evolution in design prowess. Looking back at his pre-2007 entries, and you can certainly see some amateurish work (sorry Seb!), both in terms of design, as well as writing. Here’s a screenshot of his first blog design. As it stands today, the Cocoia blog is almost the final word on design, with thoughful pieces deconstructing user interfaces we have to deal with every day (e.g., iPad UI Roundup). Working on his Mac Pro, plugged into a 30″ Cinema Display, Sebastiaan carves his art on paper and then on the Wacom Cintiq 12WX. More importantly,

I do all my work on the best operating system that’s currently shipping, Apple’s Mac OS X, and design in the overpriced and horribly bloated Photoshop CS4.

My first conscious fascination for de With’s work came with the Flow icon design. I saw it on Adam Betts’ blog, and instantly knew this one one guy to admire. Since then I’ve noticed icons for Photon, HyperSpaces, DoubleTwist, and I’m sure you haven’t missed the gorgeous UI of the Classics app on the iPhone. Yes, all Sebastiaan. His wonders don’t just stop with designing the icons, but with explaining his inspiration, process, and meaning behind almost every icon he designs. All those links above are to stories about how the icons came about. Sebastiaan has also been doing design work for corporates, including having a hand in designing parts of the HP TouchSmart user interface.

Finally, de With makes goodies. I’ve been using his wallpapers and icons on my Mac for years now. His spacey wallpapers and the famous System Preferences wallpaper are worth much more than their kilobytes in download. The Cocoia T-shirt is also a worthy collection for any design nerd.

Sebastiaan is all over the internets. But if had a say in this, I’d say you must follow him on twitter, definitely subscribe to his blog, keep a casual eye on his flickr stream, but don’t bother with his last.fm playlist.

Lastly, from what I can tell, Sebastiaan actually follows this blog. So if you’re a fan like me, I’m sure he’d like to hear your praises in the comments.

For All Seasons – Tears will flow, it’s so gorgeous