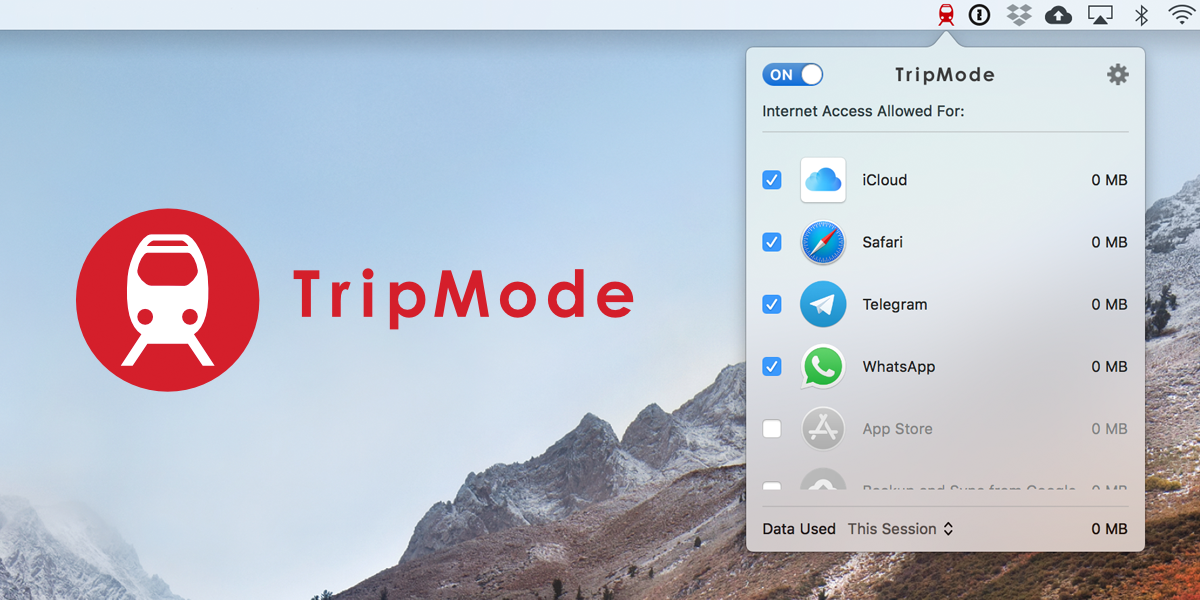 By Rohan Naravane on 5th April '18 in Mac

Beautifully Done: How To Prevent Your Mac From Overusing a Mobile Hotspot with TripMode 2

TripMode 2 is a virtual gatekeeper for your Mac that saves unwanted apps from using the internet when you are connected to a mobile hotspot. It’s a fantastic app if you tether your phone a lot for using 4G data and saves you from the shock of an unwanted phone bill.

Beautiful Pixels has been your window to gorgeous apps for nearly a decade. In an attempt to help people solve their everyday problems in style, today we’re introducing ‘Beautifully Done’ — a new series of posts that focus on elegant apps that get the job done for you. This week, we’re telling you about TripMode, an app that saves you from the shock of an unwanted mobile bill.

Mobile data prices appear to have gotten cheaper in the last ten years. This is especially true in countries like India, where new telecom players like Jio have rattled the industry — offering ludicrous amounts of 4G data at throwaway prices (roughly 1.5GB per day for about $3 a month).

But having said that, there are several parts of the world that don’t enjoy these luxuries. For example, in Canada, I pay dearly for a meagre 3GB monthly 4G data plan. And you don’t want your Mac to chew through the precious data cap when tethering your phone’s internet connection. This can also be a problem if you’re using a 3G or 4G USB dongle to connect to the internet on the go.

So what do you do? Sure, you could close any applications that are not in use, and fire up Activity Monitor to make sure any other services aren’t sending or receiving data in the background. But it’s going to be distracting, and frankly a bit impractical to keep an eye on data usage at all times. 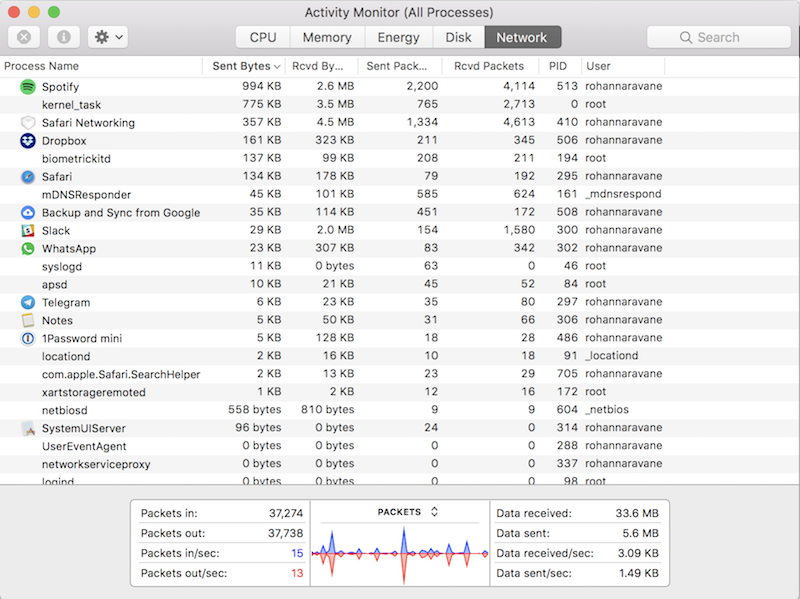 Not very elegant, is it?

Also, it’s unfortunate that there aren’t any built-in measures in macOS to prevent overuse of data when using an iPhone as an Instant Hotspot. Your computer will behave like it’s connected to a typical unlimited WiFi network; apps could download software updates automatically in the background, ruining your monthly data cap.

This is where apps like TripMode 2 come in handy. TripMode 2 is a Mac app that acts as a gatekeeper — only allowing apps you choose to use internet off a mobile hotspot. For instance, you can only grant access to a web browser and a chat client, and everything else will behave as if the Mac isn’t connected to the internet.

TripMode can generally tell the difference between a mobile hotspot and a regular WiFi connection, so it’ll activate only when the former is in use. You can flick it on or off manually too. You can tell when it’s working because the menu bar icon changes color when it blocks blacklisted apps.

Something else that’s neat — TripMode also tells you how much data each app has consumed, as well as the total data consumed for each session. This way, you know how much data you’ve burnt every time you hotspot. Not just that — a data limit can also be set, so all internet access stops after hitting the ceiling. 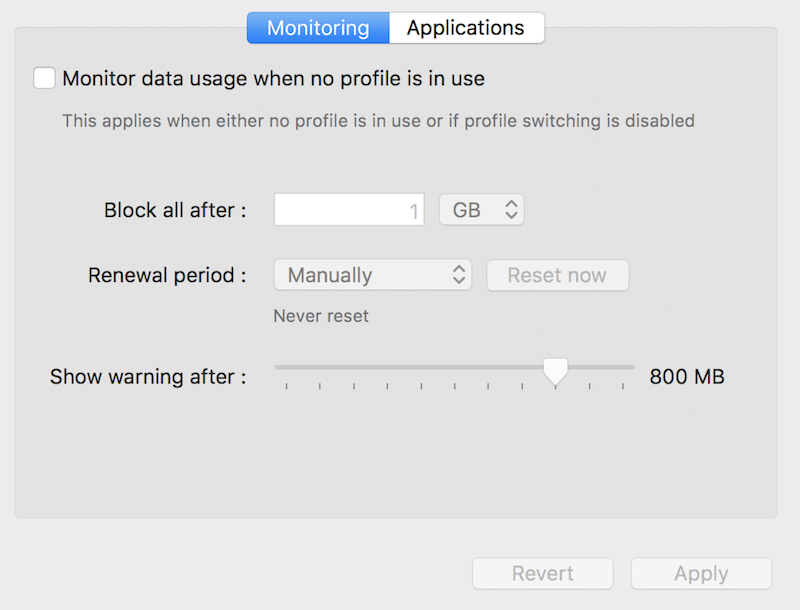 There are other advanced options, such as creating custom profiles, which can be handy if you have multiple sources of mobile data. TripMode 2 has a 7-day trial period and can be bought for $7.99 afterwards from their website.

It’s a good investment to save yourself from the shock of an unwanted phone bill in the future.